Web applications are becoming an integral part of our day to day lives because of their 24X7 availability. As the numbers of transactions are increasing on the web, the need for a proper security testing has also increased. The main objective of security testing is to discover ways to detect vulnerabilities in the system and ensure that the data is secured from hackers. Let us talk about the common types of attacks causing web vulnerabilities


Now, the major concern that arises is the identification of the method by which we can eradicate these vulnerabilities.

Security testing is the solution to these apprehensions; a thorough security testing can make it easier to identify and eradicate the vulnerabilities in the applications. Now, the concern arises that from where should we begin security testing? Let’s find out the ideal scenarios from where to start the process.


Where to Begin Security Testing? 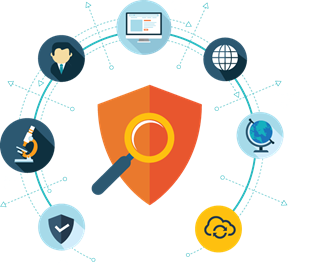 To build a secure application, security testers need to run the following tests:

Penetration testing commonly known as pen-testing is a simulated test that imitates an attack by an ethical hacker on the system that is being tested. This test necessitates gathering information about the system and recognizing the entry points into the application while attempting a forced entry to determine the security vulnerabilities of the application.

Vulnerability scanning tests the complete system under test to identify system loopholes, vulnerabilities, and uncertain susceptible signatures. This scan, detects and categorizes the system weaknesses and also forecasts the efficiency of the countermeasures that have been taken. 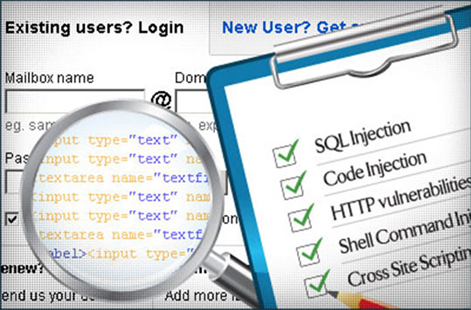 Ethical hacking uses a private professional to enter the system emulating the method of actual hackers. In this test, the application is attacked from within to uncover security flaws and vulnerabilities, and to recognize potential threats that malicious hackers might take benefit of.

This testing involves the assessment of the risk of the security system by analyzing all potential risks. These risks are then categorized into high, medium and low categories based on their severity level. Defining the accurate modification strategies based on the security posture of the application is done in this phase. In this level, security audits are executed to validate the service access points, inter-network, and intra-network access, and also data protection is conducted at this level.

To improve the security testing process, testers need to conduct proper security scans to assess network weakness. Every scan sends malicious requests to the system and testers have to check for behavior that could specify a security vulnerability. XPath Injection, SQL Injection, Malicious Attachment, XML Bomb, Invalid Types, Cross Site Scripting, Malformed XML, etc. are the scans that need to run to check for susceptibilities which are then studied in detail, evaluated and then finally secured.

Access control testing makes sure that the application under the test is opened by genuine users. The main aim of this test is to assess the distinguishing policy of the software components and confirm that the application execution complies with the security policies and protects the system from unauthorized users.


Having a suitable security testing plan that functions in alignment with the speed of development becomes crucial. The stakeholders can then develop actionable understandings from the shown tests. They accomplish a widespread vulnerability valuation and make sure that even a minor gap is fixed at the earliest. By conducting thorough security testing across the software development life cycle, organizations can make sure that unexpected, premeditated and unintentional actions do not bring down the application at any stage.

Author Bio: Alisha Henderson is a passionate technical writer. He is a regular contributor to different technical blogs.