Overview: In this article we will discuss about the video animation creation using Adobe. Adobe Premiere Pro is one of the most popular software for multimedia Students, Designers, Animators, Web Developer for developing a video with standardized format and good effect. So this design is more and more popular among the developer community. Adobe Premiere Pro has a different version present in the market and the latest version is Adobe Premiere Pro CC7.0.1 which was released in July, 2013. It is based on Windows and Mac OS X.


Introduction: At first we have to know about Transitions. It is defined as the controlling, how the sequence moves from one clip to the next with proper process. If we do not use this Transition Effect to our movies then the effect does not match at our design. Here the sequence moves from the Out Point frame of one clip immediately to the In Point frame of the next clip as per system configuration. The Adobe Premiere Pro also provides several Transition Effects for making attractive movies. A cross fade transition is generating where the first clip converts less visible as the following clip suits more visible. There are also several types of effect present in Premiere Pro like Adjust effects, Blur and Sharpen effects, Channel effects, Color Correction effects, Distort effects, Generate effects, Image Control effects, Keying effects, Noise & Grain effects, Perspective effects, Stylize effects, Time effects, Transform effects, Transition effects, Utility effects, Video effects, Video dissolve transitions. Among this effect, Video effect is one of the popular effects.

There are many Video Transition Effects. There are some common properties present. Those properties are given below. Property names are like ‘Duration’, ‘Alignment’ and ‘Start and End’. We have described the uses in the tabular format below. Hope this will help you understand the usage of the properties in a better way. In the following sections, the usage will be described. You can also try to use your own defined values for testing the properties. This will help you build your own application is a customized way.

When we are dragging the clip from the Effects Panel to the Timeline Panel then we can align the clip interactively and the clip will spontaneous into place. The following image displays the process, how we can drag and drop our effect from effect panel to timeline panel.

Here we set a video at our sequence panel and also at the time line. Normally this video is moved from one standard manner but if we want to give some attractive effect to this video then we have to click on transition effect which is laid on Effect Panel. After that click the effect panel and drag it to the original video and play it.

Through this way we can easily drag and drop different effect like 3D Motion, Dissolve, GPU Transition, Iris, Map, Page Peel, Slide, Special Effect, Stretch, Wipe, Zoom in our different video with proper knowledge. If we are not set this without proper knowledge then this effect is not attractive for us as well as others.

Some points should be remembered at the time of setting transition in the movie effect.

Creating a slideshow with still images with standard Transition Effect:

The Create Slideshow command places the five still images at the end of the movie on the Video 1 track and adds the Cross Dissolve transition between each image.

Process to changing the default transition that is used for create slideshow command:

When we wish to change the default transition then we have to follow following points that are given below:

Procedure to Preview the slideshow effect from Premiere Pro: 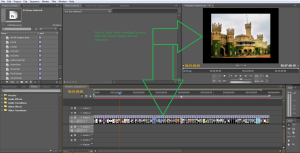 Image2: This image shows us how to slide show images are working and also looking.


Conclusion: Adobe premiere is no doubt most popular for their different features and also different parameter. At the time of animation editing, the tools which are required for generating standard and attractive video, we generally remember Adobe Premiere Pro Software. Lots of tools are used here for generating different video animation and transition.