Overview: With so many development frameworks around, it becomes important that we should be able to scale up our application at any given point of time. Machine learning techniques like clustering and categorization have become popular in this context. Apache Mahout is a framework that helps us to achieve scalability.

In this document, I will talk about Apache Mahout and its importance.

Introduction: Apache Mahout is an open source project from Apache Software Foundation or ASF which has the primary goal of creating machine learning algorithm. Introduced by a group of developers from the Apache Lucene project, Apache Mahout has the aim to –

Apache Mahout comes with an array of features and functionalities especially when we talk about Clustering and Collaborative Filtering. The most important features are listed as under – 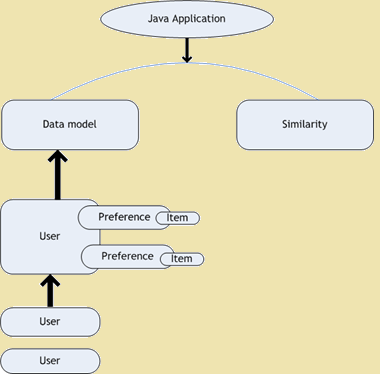 The last step downloads the Wikipedia files and compiles the code.

Recommendation engine is a subclass of information filtering system which can predict the rating or preferences user can give to an item. Mahout provides tools and techniques which are helpful to build recommendation engines using the ‘Taste’ library. Using Taste library we can build a fast and flexible Collaborative Filtering engine. Taste consists of the following five primary components which work with users, items and preferences –

Mahout supports many clustering mechanisms. These algorithms are written in map reduce. Each of these algorithms has their own set of goals and criteria. The important ones are listed as under –

Out of the above four algorithms listed, the most commonly used is the k – means algorithm. Be it any clustering algorithm, we must follow these steps –

Apache Mahout supports the following two approaches to categorize or classify the contents. These are mainly based on Bayesian statistics –

Summary: In this article we have seen that Apache Mahout is widely used for text classification by using machine learning algorithms. The technology is still growing and can be used for different types of application development. Let us summarize our discussion in the form of following bullets –