How memory is managed in java?

In Java manual memory allocation and de-allocation has been eliminated. Memory in Java is automatically garbage collected so you never have to worry about memory corruption. Java memory is managed by the memory model. The Java Memory model explains synchronization techniques to make sure data corruption does not take place. Synchronization can also help to avoid deadlocks between threads and run programs smoothly. The following diagram gives an overview on java memory management. 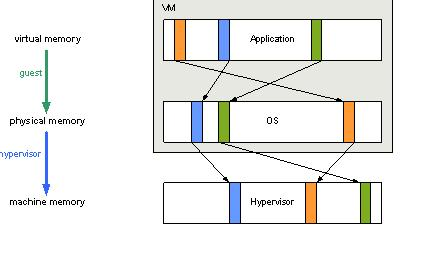 Are multiple inheritances possible in java?

No, multiple inheritance is not possible in java. Interface has been introduced to serve the purpose and it has been derived from Objective C.

The reasons for omitting multiple inheritances from the Java language mostly stem from the “simple, object oriented and familiar” goal. As a simple language, Java’s creators wanted a language that most developers could grasp without extensive training. To that end, they worked to make the language as similar to C++ as possible (familiar) without carrying over C++’s unnecessary complexity (simple).


What are the eleven design goals of java?

Following are the eleven design goals of java programming language. Java designers have accomplished the task by keeping these goals in mind.

Why java is called distributed?

Java has an extensive library of routines for handling TCP/IP protocols like HTTP and FTP. So Java applications can open and access objects across the internet via URLs. The network programming using java is strong and easy to use. So java is called distributed.

The distributed nature of Java really shines when combined with its dynamic class loading capabilities. Together, these features make it possible for a Java interpreter to download and run code from across the Internet. This is what happens when a Web browser downloads and runs a Java applet, for example. Scenarios can be more complicated than this, however. Imagine a multi-media word processor written in Java. When this program is asked to display some type of data that it has never encountered before, it might dynamically download a class from the network that can parse the data, and then dynamically download another class (probably a Java “bean”) that can display the data within a compound document. A program like this uses distributed resources on the network to dynamically grow and adapt to the needs of its user.

Why java is called architecture neutral?

The Java compiler generates a bytecode instruction which is independent of computer architecture. The bytecode is designed to be both easy to interpret on any machine and easily translated into native machine code on the fly. The following diagram shows the details how it works. 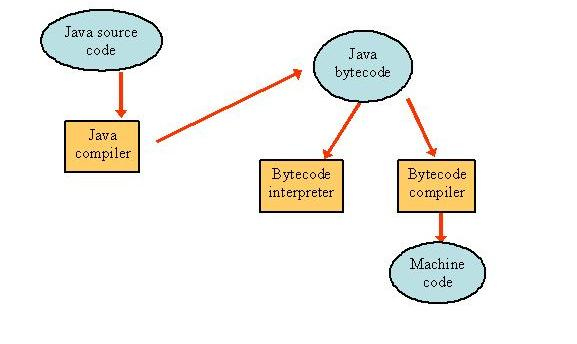 Why java enabled browser is needed to run an applet?

What do you mean by ‘Java is a strongly typed language’?

Java is strongly typed means that every variable in java must have a declared type. There are eight primitive types in Java. Four of them are integer types and two are floating-point number types. One is the character type char, used for characters in the Unicode encoding and one is a Boolean type for truth values.


How I/O is managed in java?

In java I/O represents Input and Output streams. Streams are used to read from or write to devices such as file or network or console. Java.io package provides I/O classes to manipulate streams. This package supports two types of streams – binary streams which handle binary data and character streams which handle character data. InputStream and OutputStream are high level interfaces for manipulating binary streams. Reader and Writer are high level interfaces for manipulating character streams.

How does buffered stream improve performance in java?

How do you measure performance of default behavior and buffering for file reading?

The following code snippet will take similar files to read and write using default reading and buffered reading. And then it will display the time taken by both of them. For testing the code keep the files in local file system as shown below.